National Geographic published a report about the project Green Desert in its December edition.

Bayer reported in 7 languages in its magazine about the project: e.g. German, English, Spanish, French.

In September 2007 the reporter Gisbert Kuhn and the photographer Sepp Spiegl travelled to Lima to report about Green Desert. Their articles have been published so far in the newspapers Mannheimer Morgen, Bonner General-Anzeiger, Nordsee-Zeitung, Rheinische Post, Rheinischen Merkur and Aachener Zeitung.

Rockhopper TV visited our project in Virgen de Chapi B and released a movie showing the conditions the people live in and our newly designed fog collector that we call `Eiffel´. http://www.rockhopper.tv/hotcities/meltdown.html

The Science Museum in London has opened an exhibition called Water Wars featuring aspects of the project: http://antenna.sciencemuseum.org.uk/waterwars/

Visit www.spieglfoto.de to find a selection of Sepp Spiegl´s fotos and the article written by Gisbert Kuhn. 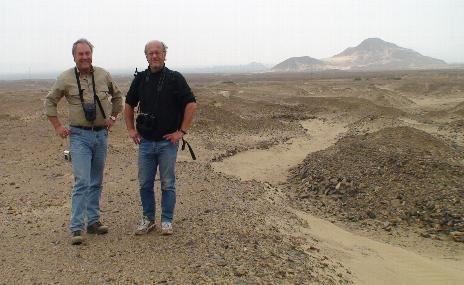